Spatial Humanities - when a map says more than a thousand words

Maps serve not only to orient in space, but also in the context between different phenomena and their location. The spatial aspects of cultural phenomena reveal phenomena studied by the humanities through a new perspective and can provide new explanations. Scholars in the humanities produce cartographic outputs that are visually engaging, information-rich, and can be applied to the occurrence of abstract concepts.

While the use of spatial data is one of the basic methods in many natural sciences, in the humanities (except archaeology) working with maps has been rather exceptional. According to some scholars, the turn to place and space (referred to as the Spatial Turn) did not occur until the 1980s. It gradually spread to the literary sciences and other humanities.

One impetus was the gradual globalization and also technological advances in geography and cartography. The development of geographic information systems and their emergence in the social sciences and humanities opened up the possibility of a completely new way of looking at problems in relation to place and space. Thanks to the easy availability of applications and software for geocoding, digital mapping and other work with spatial data, a number of interesting projects are emerging, including in fields such as history, literary studies and religious studies.

Since every object of study is more or less tied to a particular place (a historical event, a sociological or literary phenomenon), the concept of so-called deep maps is of great interest to humanities scholars. These are maps containing a number of layers in addition to physical and geographic characteristics. In one map, they can look at economic conditions, socio-economic and demographic indicators, as well as, for example, literary works that refer to a place, archaeological finds from a given location, or traditions and folklore that shape the identity of a place, which helps researchers to find interesting connections.

An excellent example of such a project is the so-called World map from Harvard University. The interactive world map serves as a research tool for scientists. It contains thousands of datasets and map layers from different areas. In addition to demographic data (population size and density, birth rate or migration), they allow to study, for example, the distance of specific areas from water resources, the change in their agricultural use, or climatic conditions. There are also dozens of historical map bases adapted to the ArcGIS environment, such as a map of the 19th century Russian Empire or Great Britain during the Roman Empire, and a number of thematic maps (a map of the route of the Silk Road and Hadrian's Wall or a map of historical data from the Census). Using the GIS interface, you can create and add your own layers from the data to extend the interactive world atlas project. 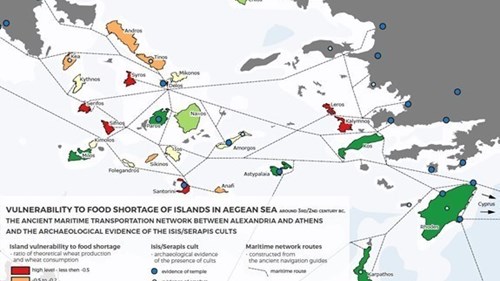 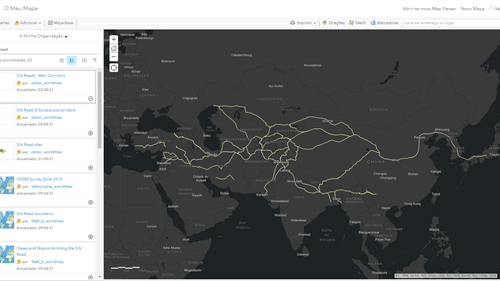 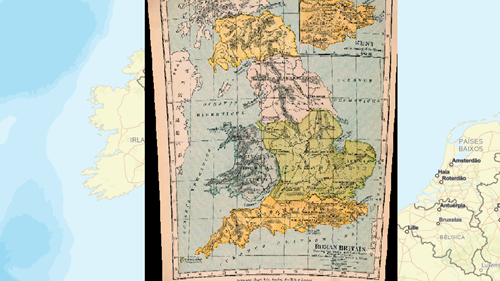 The GEHIR project is a textbook example of scholarly work in the Digital Humanities and the use of maps in humanities research. This is an interdisciplinary research project by scholars from the Department of Religious Studies who, in collaboration with geographers and computer scientists, are investigating ancient Greco-Roman religions using computer modelling, geographic information systems and other methods. One of the topics they are looking at is the spread of the cult of the goddess Isis. For their research work, the researchers use, among other things, maps with data on land use, port locations and trade routes.

Storymaps - say it with a map

Maps do not have to serve only as an exploratory tool. Interactive maps can be used to tell a story or present a historical event in a way that allows the reader to perceive spatial relationships as well as temporal ones. So-called Storymaps, or story maps, combine maps with textual and multimedia content. An example of how they can also be a useful educational tool is the History of Greater Brno, which links interactive maps with photographs and videos in an engaging way, while also displaying everything on a timeline.

The active creation of story maps teaches students how to work with maps and GIS software, among other things. This was the approach taken by the instructors of a course on the history of ancient Rome at the University of San Diego, who had students in the course work out individual events in the history of the Roman Empire and place them not only on a timeline, but also find the coordinates of a specific historical site and place them on a map base. In addition to history, students also learned how to geocode and work with a mapping application.

One very rich and interesting source of information about a place is literary works and the way in which travel writers, non-fiction writers, poets and writers of fiction describe a particular place. By combining textual analysis methods and specialized software that assigns coordinates to locations mentioned in the text (called geocoding), we can find out what places were popular among authors of a particular genre and what emotions they associated with them. These methods were used by researchers at Lancaster University who, in 2006, explored the use of GIS in the study of literature using Victorian travelogues from the Lake district. In a project called Mapping the Lakes, they used text analysis to create maps where readers can not only see the Victorian travellers' 'hotspots' (or most frequently mentioned locations) but also what feelings the places evoked in them.

So-called literary maps and atlases with places where the plot of specific literary works takes place are very widespread. At the University of Lisbon, a project called Litescape has been set up in which you can use an interactive map to find the places mentioned in the author's works, as well as the specific passage where he writes about them. In the same way, you can see where Odysseus travelled in Homer's epic of the same name, how the heroes of Around the World in 80 Days travelled, or where the intricate cases of Detective Sherlock Holmes took place.

Practically anything can be drawn on the map, including folk customs and traditions. A great example is the GIStralik project of the Institute of European Ethnology, Faculty of Arts. Researchers have linked map documents with information about traditional folk culture in Moravia in the 18th and 19th centuries, creating a unique source of information for ethnologists, historians and other scientists. It is possible to search for records in the map using a special entry system, where you can find out, for example, in which region there are the most records of decorating Easter eggs, playing the dulcimer or various types of folk dances. As you can see, maps are an endless source of inspiration and a great challenge for scientists, educators and students. Thanks to new projects, we can look forward to more unexpected discoveries in the humanities.